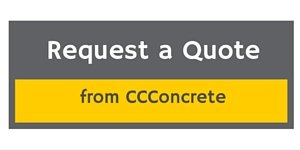 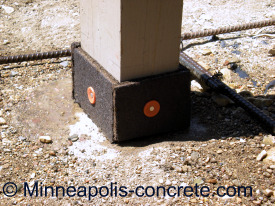 Pictured below: expansion joint up against a concrete structure. We placed it and secured with fill dirt to keep it stable. 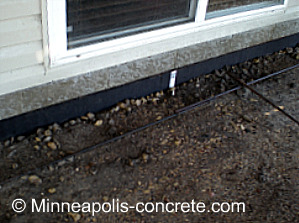 After installing expansion joints, the next step in the process of diy concrete is to make your own concrete or call for concrete delivery.

Does pouring your own concrete sound too complicated? If so, and you live in the Minneapolis and surrounding suburbs area, request a quote on your project.

Have your say about what you just read! Leave me a comment in the box below.